Neil has been coaching in the US for over 24 years and 34 years worldwide, he has been involved in sport all his life. Coach Hull is a student the education and growth of athletics. Holding many of  the highest Internationally qualifications available. Coach Hull has gained many of the highest American soccer qualifications offered by the NSCAA, United Socer Coaches, Coerver Coaching & is  licensed through the USSF and the English FA.

Coach Hull has through socccer has educated players at the Club, High School, College, Regional Olympic Development pool, WPSL,  and National levels. He has trained and mentored athletes in the NFL, NBA, MLB, Navy SEALS, West Point,  and Airforce Acadames.  He is a graduate of the University of Texas- San Antonio in Kinesiology and has over 30 years experience in the field of Sports and Exercise Science.

Neil has coached throughout the world including England, Wales, Northern Ireland, Spain (Barcelona & Espanyol), Cyprus, Germany, Caribbean  and Africa. In the USA he has coached, from the depths of Texas to the NE and Western coasts.
He has the privilege of being on the United Soccer Coaches NATIONAL COACHING STAFF, A highlight of his career being awarded the NSCAA Coach of the Year, National Youth Coach of The Year (Girls) 2016 recently by his peers: He is the NSCAA's State Director for Texas, educating to date over 6000 coaches at the Level 1-6, National and Advance National levels of soccer in both field and goalkeeping disciplines.

Coach Hull in 2013/14 had the opportunity of being selected to coach on a National Stage at the NSCAA National Symposium in Florida. In 2015/16/17/18/19/20 Coach Hull presented at the NSCAA's prestigious National convention.

In 2013 he was appointed as a member of the National Technical Committee; Thus providing great opportunities to the players he serves.

References: Tony DiCicco (USWNT World Cup and Olympic Gold medal coach) "I have worked alongside Neil on many courses and quite simply, he sets the standard for the rest of the country on timely communication, providing outstanding facilities, creating an exceptional learning environment and in overall excellence"

Along with his position as Director of PASS, he is an A/Professor at the University of Texas San Antonio, lecturing in Kinesiology:

Proudly Coach Hull is a COERVER certified coach holding the position as Coerver's Director for South Texas from 2004-2014, regularly having the opportunity to learn and coach alongside Charlie Cooke , Coerver's USA Director.

Neil Is a Military Veteran serving his country for over 14 years in the Royal Army Physical Training Corps.

As a family man, Neil is happily married with two wonderful girls, Britainy (18) and Chelsea(15) and supports the greatest soccer team in the world...Chelsea FC! 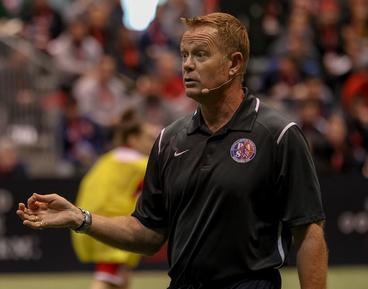